Thank you for contacting us! If needed, you will hear back within 48-72 hours.

After 4 years of performing & recording 3 Albums with Jason & the DazieTrain;
Jason Ochsner, Matt Lyell & George Odom have taken a break from the band.
Jason has since relocated from Richmond, VA to the Eastern Shore of VA.
He took with him a handful of unfinished songs and the idea to write an acoustic/
concept rock album.
With every song written for Jason & the DazieTrain; Jason always sourced
from an acoustic guitar. The idea was to focus on the root of the song, hoping
to give it appeal to either an acoustic or rock version.
HOLLOW BODY EXPERIENCE’s  “Dark Side Of Empty” recording; has been
Jason’s opportunity for continued growth in his 26 year span as Recording Artist.
In place of fronting a 3-piece band on guitar & vocals; this recording has Jason
performing solo, in his most organic form. 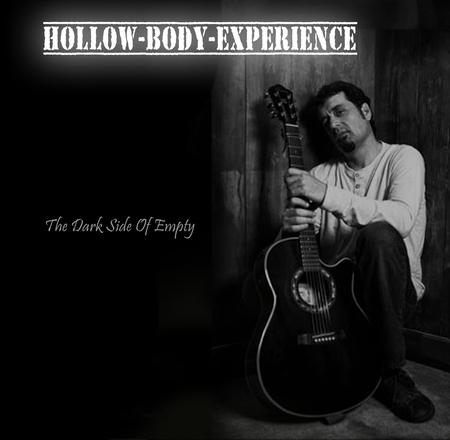