Sourcing organic roots; Jason's creative passions led him to art, carpentry, composing music and writing songs from the age of 9.

but love makes us men."

After 3 Professional Bands & 7 Albums; Jason is returning with a natural approach to his songs. His new project, the Hollow-Body-Experience, is a long awaited concept of selected acoustic versions of his catalog, as well as the introduction of his newborns.

From Sin to Zen

-Born in Hanford, California; Jason Ochsner has embraced many areas of the world, both as the son of a US Naval Veteran & as a rambled musician. He is a loving son & devoted father.

Starting off professionally in 1993 as the front-man for the ESVA based Metal Band, Sindistry;  Jason has traveled & crossed many roads to be where he is today.

With an Independent Heart;  Jason has managed to successfully survive the ever changing world of music for the past 25 years.

As a "Rock-Loving"  guitar player & vocalist;  Jason was the founding / member of Sindistry, Dazd, & Jason & the DazieTrain.

He has also played various back-ups ranging from Country to Blues.

At an early age, Jason was recognized for his ability to successfully write songs. Even though Jason approached the world as an inspiring guitar player; he found himself writing songs for the projects he was involved in. After dozens of songs, was was solicited to become a lead-singer in 1993. 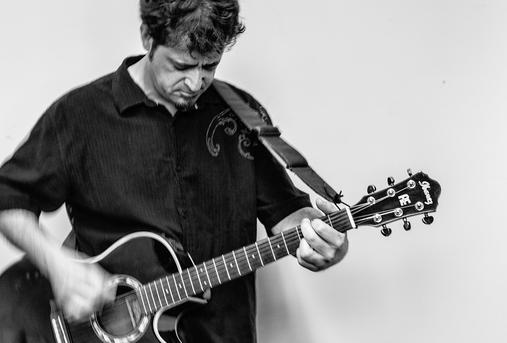